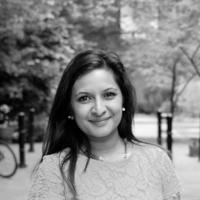 Election 2019: All parties should address teacher pay in poorer areas

The three main parties have made pledges on increased teacher pay. But they have as yet failed to address the need for more teachers in disadvantaged areas...

The Teach First Manifesto for Change rightly highlights the need for a new government to prioritise both the pay and distribution of teachers. Unlike most other developed countries, the impact of austerity has lingered for teachers in the UK. In 2018, teacher salaries in England were 10 per cent lower (in real terms) than in 2005.

And while teacher pay isn’t necessarily the primary motivation to join or stay in the profession, it is an extremely important lever if a future government is serious about addressing recruitment and retention challenges in the sector.

During this election campaign, each of the three main parties have made significant pledges to increase teacher pay. The Conservatives and the Liberal Democrats have both committed to increasing teacher starting pay to £30,000 per year (with the Liberal Democrats committing to increasing salaries by a further 3 per cent during each year of the Parliament). The £30,000 starting salary commitment by both parties represents an increase of around 23 per cent compared with 2019/20 starting salaries outside London. Crucially, this approach acknowledges the importance of retaining teachers early on in their career. Previous EPI research has found that 40 per cent of teachers leave the state-funded profession within the first five years of starting teaching. So retention in those early teaching years is key.

Labour have committed to a 5 per cent pay increase for teachers in the first year of government, followed by above inflation rises each year thereafter.

However, while all three parties acknowledge the need to increase teacher pay, none of them have put forward solutions to address the need for more teachers in the most disadvantaged areas of the country. A report published by EPI last year found that, in the poorest areas outside London, only 17 per cent of physics teachers and 20 per cent of maths teachers have a relevant degree in their taught subject. Whilst having a related degree isn’t necessary to be a great teacher, such figures illustrate the greater problems faced by deprived schools in attracting teachers in subjects where graduates can attain high wages in the private sector.

And when we know that the gap in attainment between disadvantaged pupils and their peers is over two years in areas like Blackpool and Rotherham (compared to fewer than 6 months in parts of London) we must think deeply about better incentives to secure a fairer distribution of teachers across the country.

Any government that is serious about tackling educational inequality must design policies that are evidence-informed and will have a tangible impact for pupils.

You can share the Teach First Manifesto for Change with your local candidates in three easy steps, if you agree we need to do more to encourage teachers to go where the need is greatest.