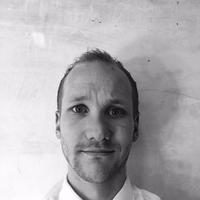 As teachers gear up for the new academic year, Ambassador ('13) and Assistant Head Jon Hutchinson shares some of the evidence-based teaching practices he will be focusing on from September.

Although it may be true, as Dylan Wiliam has famously phrased it, that in education “Everything works somewhere, nothing works everywhere,” this doesn’t mean that all practice in the classroom is of equal value. There are some things that are almost guaranteed to be ineffective for most pupils, and might even end up harming their progress. A common example given here is the concept of learning styles, or tailoring instruction for different pupils based on some expressed preference in terms of modality (usually restricted to verbal, auditory or kinaesthetic).

Not only is there no evidence that adapting instruction to match a child's 'learning style' is effective, there's now evidence that altering instruction in such a manner can be actively harmful to pupils' attainment. After all, I can’t think of anything worse than telling a young boy who is struggling to read that ‘visual learning’ just isn’t really his thing, but that he is good with his hands, so perhaps do some construction in the kinaesthetic zone, and leave the books to the other kids.

So what do we know works?

On the other hand, there are some educational practices that seem to benefit pretty much everybody. An example is teaching early reading through explicit, systematic, synthetic phonics (SSP). Professor Pam Snow likens SSP as “fluoride in the teaching water”. No guarantee of avoiding every complication or isolated difficulties, but of huge benefit to the population as a whole. Or as Professor Catherine Snow (no relation) and Professor Connie Juel put it: “Explicit teaching of alphabetic decoding skills is helpful for all children, harmful for none, and crucial for some”. Our time with pupils is short, every decision we make carries an opportunity cost; we could have used the same time to do something else. Consequently, it is important to consider both what and how you teach, starting with what evidence suggests is most effective, as opposed to sheer intuition.

Many insights into effective practice are being revealed through the burgeoning – though admittedly nascent - field of cognitive science. With a greater understanding of how the brain processes, stores and retrieves information, we can begin to adapt curriculum and pedagogy to promote long term retention, transfer and application of key knowledge.

None of the educational practices listed below are silver bullets. Nor do they guarantee success. However, they are based on increasingly empirically validated theoretical models, and as such represent what we might call ‘best bets’. That is to say, these practices are most likely to lead to positive educational outcomes for most children, and are least likely to lead to children leaving a lesson feeling confused. As such, they seem like a sensible place to start as a teacher.

A sensible place to start

In what follows, I’d like to briefly outline five ‘best bets’ underpinned by research which I’ll be focusing on from September along with the team at Reach Academy Feltham, my wonderful school in southwest London.

Often referred to as ‘retrieval practice’, low stakes quizzing is based on a phenomena known as the ‘testing effect’. In short, the more regularly you try and recall something from memory, the quicker you will be at accurately recalling that piece of information in the future. There are various ways to embed retrieval practice into your lessons. You might like to start with a short multiple choice quiz at the beginning of each lesson. There’s also loads of great tech these days to support with quizzing, try stuff like Quizlet and Plickers. A few tips, though. First, keep it low stakes or no stakes. That is to say, it isn’t necessary to collect in scores, and it’s almost certainly a bad idea to punish pupils for getting questions incorrect. Forgetting is a normal, even a necessary part of learning. Second, try to be as systematic as possible. Include questions from previous lessons, and then slowly increase the spacing before asking the same (or a very similar question) later on in the course.

When I started teaching I was observed three times a year, and told a few weeks in advance the time and date of this lesson. The result was a farcical barrage of edugimmicks and showcasing to tick as many boxes in the ‘Outstanding’ lesson box that was on my observers clipboard. At Reach, we take a different approach. Every teacher receives ‘drop in’ from a coach each week. It lasts about 10-15 minutes and could be in any lesson at any time. At the end of that day, the teacher and coach get together to have a coaching session. Perhaps this sounds intense, and so it’s worth outlining a few more features. First, at Reach Academy everyone is coached. That means that from the headteacher down, every single teacher receives a drop in and an action step to help them improve their practice. This creates a culture of improvement, where being supported to get better is seen as a right and not a punitive measure. To ensure that the process does not become burdensome and add to workload, we ensure each action step has the ‘highest leverage’, whilst requiring little extra work. This could be, for example, asking all pupils to respond to whole class questioning using mini-whiteboards (explored below in ratio).

Everyone in education is currently thinking about curriculum, as Ofsted have indicated they will be much more interested in the ‘what’ during future visits. Curriculum can feel very overwhelming. We’ve been working on developing our curriculum over the last three or four years, and still have a long way to go. My main insight after thinking about curriculum over this time is that it mostly comes down to sequencing. Across a key stage: are key concepts revisited and developed? Is key knowledge still being retrieved to secure it in long term memory? Across a unit: are the essential core facts necessary to understand the topic being explicitly taught, practiced and applied in increasingly nuanced and unpredictable ways? Across a lesson: are examples and non-examples intelligently ordered to maximise the chances of all pupils ‘getting it’. This is a major job, and relies on a very detailed and fine-grained curriculum plan. For this reason, at Reach we have begun to switch to booklets in lessons.

Ratio is a concept identified and developed by Doug Lemov in his wonderful ‘Teach Like a Champion’. Some techniques in this book can be mastered pretty quickly, but I’ve been working on ratio for years and still have a long way to go. There are two types of ratio. First, ‘participation ratio’, which alludes to how many pupils in your class are participating in an activity. Consider the following common scenario. In the classroom you teach a bit of information, and then ask a question to the class. Six hands may go up, giving you a participation ratio of 6/30. You then choose one of the kids to answer, and now have a PR of 1/30. Instead, you might teach the same concept, then display a question based on it, and ask all pupils to attempt it on whiteboards or in their exercise books. Now you have PR of 30/30! The second aspect ratio is ‘thinking ratio’, which relates to how cognitively demanding a task is. You could give all pupils ‘busy work’, which they are very comfortable doing. You won’t get many complaints, pupil tend to really enjoy doing stuff that doesn’t push them. But you have a low TR, which is unlikely to add value and improve learning outcomes. Attempting to increase TR is hard, because it may result in a dip in PR. That is to say, as you increase the difficulty of something, fewer pupils may be able to access it, and vice versa. How to hit the sweet spot of high PR and high TR? That’s where most of my thinking is when planning lessons.

Underpinning much of the techniques above (and more widely in education) is the relatively new theory of cognitive load theory. This theory suggests a model for how the mind processes, stores and retrieves information. Faculties of Education in universities are often criticised for having no fundamental theory necessary to do common scientific investigation. Physics has their standard model, geography has plate tectonics, perhaps education can have CLT. The theory (at its simplest level) suggests that the mind has a very limited working memory, which processes information currently being thought about, and a long term memory, where learnt information is stored in schemas. Our job as teachers could be seen as carefully constructing these schemas in our pupils’ minds, helping to make them increasingly sophisticated. However we need to do this without overloading the bottle neck of working memory. If teachers all understood the principles of CLT, it would allow us to think about teaching in a much more sophisticated way whilst providing a common language for discussing learning.

So there we have it, five best bets to prioritise in September. Of course, context is extremely important, and translating these ideas to your own setting will require a lot of thinking. Do let me know how it goes!

Jon Hutchinson is Assistant Headteacher at Reach Academy Feltham. He is also a tutor for Ambition Institute’ Masters in Expert Teaching.You can follow Jon on twitter @jon_huchinson_