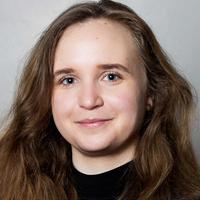 The making of the Teach First manifesto

Our country is at an equality crossroads. As it stands, by the time they leave secondary school, disadvantaged children are over 18 months behind their more affluent peers. If the UK continues in this direction, and at the same rate, inequalities are going to widen or, at best, stall.

But, right now, we still have a choice. Many schools are already doing amazing work to tackle the complex reasons behind this attainment gap. Every day they’re helping children realise their potential, changing the country for the better.

The upcoming general election is an ideal opportunity to explore how we can build a fair education for all. At Teach First, we already have a good sense for how this can be achieved thanks to our daily engagement with schools facing the biggest challenges.

But we knew the election would give us an opportunity to crystallise our thinking.

That’s why, since the election was announced, we’ve been gathering insights about what national initiatives could best help schools thrive so that all pupils excel. We then shared these with our current and former teachers, school leaders, corporate partners and Teach First employees, running consultation sessions up and down the country. We were overwhelmed by the passion of people working in education, all of whom shared their invaluable feedback with us to help mould our manifesto.

We’re incredibly proud to be launching the resulting Teach First Manifesto for Change today, created collaboratively with our networks and community. The manifesto contains tangible, actionable ideas that we’d urge all political parties to adopt.

To reach this final version, we knew that testing our ideas with the Teach First community was essential. We didn’t set out to reach consensus, but we wanted to learn from all possible perspectives in a short amount of time. Most importantly, we wanted to end up with proposals that would make the greatest possible difference to the children at our partner schools.

Some points – such as increasing funding and paying teachers competitively from the start of their careers – had almost universal agreement. Offering professional development targeted at teachers working in schools in disadvantaged areas also proved exceptionally popular. In a small-scale survey of our former trainee teachers, over 80% described such an initiative being either “effective” or “very effective” in encouraging teachers to stay working in disadvantaged areas for longer1. It surpassed pay premiums in popularity, which was also reflected in our conversations with the community.

However, not all ideas were as uncontroversial. We went into the consultation process with a suggestion to offer teachers greater access to affordable housing – either through home-buying loans or reduced and stabilised rents. In the south of England our teachers often mention this as something that would provide a huge source of relief. However, in our consultations it was frequently pointed out that if pay levels were resolved to a satisfactory extent, such schemes wouldn’t be necessary. Alongside the unintended consequences of help-to-buy schemes and the sense that housing policy needs a national solution rather than ad hoc initiatives, this idea did not make it into the final manifesto.

Every single suggestion in the manifesto was shaped by conversations we’ve had in the last few weeks, and we’re grateful to everyone who took the time to take part.

We intend to keep the conversation going long after the general election is over; indeed, the next Government will quickly need a strategy to help every child succeed. We’ll also continue to promote ideas from the schools that need this kind of support the most. Ultimately we know that, if these policy ideas for change were adopted – combined with the continued efforts of excellent teachers and thriving schools – this would bring our country several steps closer to making education fair.

1The survey was distributed through our monthly Ambassador Bulletin and 57 people responded.

Read our election manifesto and share it with your local candidates

More
Back to top