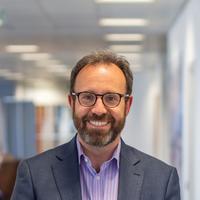 Why we're launching a campaign to call for greater racial diversity among the authors taught in English literature lessons.

Since the killing of George Floyd and the important conversations brought about by the Black Lives Matter movement, we have taken time to look at Teach First’s own practices, from hiring our staff to training and developing teachers. My two previous blogs outlined our work so far and I’ll continue to keep our community updated on progress.

But we were not only asked to make changes to our own work. The message was clear that we need to speak up about the systemic changes that can make our education system the vehicle for anti-racism it needs to be.

This week we’re launching our campaign Missing Pages, calling for greater racial diversity among the authors taught in English literature lessons. It’s in response to concerns raised by many ambassadors over the years, and heightened this summer, that the literature on the English literature curriculum is almost exclusively written by white people. Our report features pieces by four English teachers who share their own personal perspectives on why this is a problem and how they’ve tackled it in their own classrooms. As one of them, Suhayla, writes:

There are so many incredible writers from a whole host of cultural backgrounds to consider. Providing a positive representation of ethnic minorities and educating our young people about the talented individuals within those communities is a brilliant way of reinforcing that they too are key members of our society. It’s how I teach the subject I love because I know it makes a difference to my students’ perspectives on their own heritages, as well as those of others.

Before we ventured into the creation of this campaign, we wanted to know how teachers felt about it. They’re the ones who teach the curriculum and know the needs of their pupils. In a survey with Teacher Tapp, an overwhelming 98% of English teachers thought it was important that literature written by ethnic minority authors is studied as part of the English literature curriculum, and 75% were concerned by a current lack of diversity. Crucially, one-fifth of English teachers had also experienced students share this concern.

98% of English teachers thought it was important that literature written by ethnic minority authors is studied as part of the English literature curriculum.

Currently, the biggest exam board doesn’t feature a single book by a Black author in their English literature GCSE specifications, and only two books by ethnic minority authors. Giving schools more options for formal assessment is an important tool in achieving greater representation, which is why we believe at least a quarter of the books on the set text lists should be written by ethnic minority authors. And as we’ve come to understand better this summer, the thought process needs to go beyond BAME representation, and consider ethnic diversity more closely – as we can see, there is a particular underrepresentation of Black authors.

This campaign is about showcasing brilliant literature many of us missed out on in school, perhaps because these works have not been considered part of the English literary canon. But we must recognise that our ideas of the canon have been shaped by centuries of bias and it’s about time we take a second look.

We must recognise that our ideas of the canon have been shaped by centuries of bias and it’s about time we take a second look.

Changing assessment options alone won’t be enough. Schools need the resources, both in terms of training and materials, encouraging them to embrace change. In some cases, new books could bring up themes that teachers won’t feel equipped to address appropriately, and it’s only fair we give them resources to increase their confidence.

I myself studied English Literature a very long time ago. To be frank, I can’t remember what the options were. I have a feeling that my school was pretty good by the standards of the day, so I can’t properly say what I missed on the formal curriculum.

My favourite place in the school was the library and so you can imagine my delight when the librarian recruited me and a few other pupils to help her restock the fiction collection. I was assigned to the science fiction section, which was an astute choice since I nearly monopolised it during breaks. I remember spending a happy afternoon at the fabulous Blackwells bookstore in Oxford selecting titles.

A wider range of books helped stretch my vision and assumptions.

Way back then, many of the dominant voices in science fiction were white men, and I lapped up Asimov, Clarke and Heinlein. I didn’t realise Julian May was a woman, at the time... but science fiction by a black author? I didn’t discover Samuel Delany (who had been writing a long time, along with other black authors) until late sixth form. Books like Nova and Triton, and the ‘alt-Conan’ series Neveryon, introduced me to a richer, more confusing and challenging vision of the future. A lot of the literature at the time did little more than project post-war mainstream US culture as some kind of eternal norm. A wider range of books helped stretch my vision and assumptions.

Three decades on and it's still being left to individual teachers to diversify their own school libraries. We believe it's high time that schools are supported to ensure that all pupils see themselves - and others - in the literature they study.