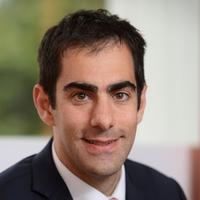 Rabbi Lord Jonathan Sacks was a persuasive campaigner for the importance of education. His passing is a reminder that education has the power to unlock the potential in every child, releasing an inner fire that allows them to make the most of their abilities. This was especially the case with his views on teaching.

He spoke frequently about the importance of great teachers – which made him instrumental in the early days of Teach First, advocating for us with those in government at our inception in 2003. Over 17 years later, we’ve placed more than 10,000 teachers in low-income areas, supporting over one million children.

I vividly remember being at an education conference, where the Schools Minister was scheduled to speak. There was a look of panic on the Minster’s face when he realised that Rabbi Sacks was up first - he told me he learned in politics to never speak after Rabbi Sacks, as he was not an easy act to follow.

My last meeting with Rabbi Sacks was at an event in his honour in March, just a week before lockdown. We had a long chat about Teach First and how enthusiastic a supporter he was. He told me he’d suggested many university students should join us over the years. Quality education for all was one of his passions – and continues to be a large part of his legacy.

I think of him as one of many real founding guardian angels of Teach First. His legacy is the unwavering belief that, with a great teacher, every child can achieve their potential. We’re grateful to Rabbi Sacks and his belief is a mission that at Teach First we continue with passion.