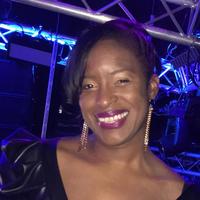 Gatekeepers and glass ceilings: Reflecting on the lack of BAME school leaders

Only 6% of school leaders identify as BAME. How can we change that?

For all my professional school career, I’ve been the only Black senior leader in the room - and I rarely worked with any colleagues who came from a Black or minority ethnic background. After some time attending city-wide education meetings and delivering training to large numbers of teachers, it became clear to me that as a Black woman, I was very much an exception.

This was the case in London, Leicester and Birmingham; somewhat surprising, given these cities have large multi-ethnic populations. In fact, in the 2011 census 42.1% of Birmingham’s population described themselves as non-white. So why then aren’t these statistics replicated in schools - and in particular, school leadership numbers?

Only 6% of school leaders identify as BAME, according to the Department for Education. It is little wonder then, that I saw very few Black and minority ethnic colleagues during my 20-year teaching career. I had hoped that the statistics would would have changed from when I first started in education, but sadly this study reveals this has not been the case.

For all my professional school career, I’ve been the only Black senior leader in the room.

Listening to Black and minority ethnic aspiring leaders speak at a recent Teach First ambassadors event, I was disappointed to hear that their lived experiences were similar (if not identical) to my own more than a decade ago:

An in-depth NEU report examines the experiences of BAME teachers, mirroring those articulated above.

More worryingly are the pay and contract differences. One BAME Teach First ambassador told us that all of the BAME Newly-Qualified Teachers (NQTS) they know are on fixed-term contracts, whereas their white peers have permanent ones. This is evidenced by figures released by the Higher Education Statistics Agency, which collects data for the U.K.’s higher education sector. Their evidence shows that around 5.5% of Black graduates are unemployed a little over a year after graduation, compared with 2.8% of white graduates.

5.5% of Black graduates are unemployed a little over a year after graduation, compared with 2.8% of white graduates.

Black and minority ethnic colleagues still report daily microaggressions, and without adequate and robust policies they find it increasingly difficult to get support or find avenues to hold school leaders to account. Complaining is fraught with a maze of complexities, which result in those who have been racially bullied having to justify themselves or told that they are “using the race card” - regardless of the legitimate nature of their complaint.

Some of the solutions that I have personally seen work well in the past are sadly no longer available. Important mentoring programmes like Investing in Diversity (run by Institute of Education) ended after nearly 10 years of supporting BAME aspiring senior leaders. Equal Access to Promotion, run successfully by the NUT (now NEU) is due to start again next year. Both were pivotal in mentoring aspiring BAME senior leaders, and I personally know many Black and minority ethnic middle leaders who achieved promotion to senior leadership as a result. Impactful mentoring programmes like this ensure that participants are fully supported, offering practical advice and safe spaces to discuss the challenges of applying for promotion against a backdrop of ‘unconscious bias’. It would be wonderful to see such mentoring programmes more widely available with adequate investment and full sector-wide commitment.

Complaining is fraught with a maze of complexities, which result in those who have been racially bullied having to justify themselves or told that they are “using the race card” - regardless of the legitimate nature of their complaint.

It is important to note that most Continual Professional Development (CPD) opportunities must be sanctioned by your line manager – and getting agreements for these developmental activities is not as easy as it may seem. BAME staff regularly share experiences of being refused permission to participate in training programmes. Providing a route for BAME staff to access training programmes at a substantially reduced cost to their school, would be another possible way of removing a major barrier that prevents BAME teachers from accessing CPD.

‘Gatekeepers’ is a colloquial term used to describe decision-makers who hold others back from developing. For BAME aspiring leaders, the journey to success is not so much about highlighting your skills but instead a need to remove the Gatekeepers so you can even be considered. Of course there still is the metaphorical ‘glass ceiling’ to smash - but you need to get through the door first.

Joanne Benjamin-Lewis is the West Midlands School Partnerships Lead at Teach First, working closely with our partner schools to identify how we can best support them (and be their first point of contact). She is a former Vice Principal, Ofsted Inspector and Trainer.

We’re committed to ending educational inequality. That won’t happen until racism is eradicated. You can read more about what we have done so far and follow our Missing Pages campaign, calling for better representation in the books we teach. You can also watch our recent panel from two BAME leaders sharing their journey into school leadership, organised by our BAME affinity group.

We're also committed to increasing the number of BAME school leaders we're reaching in our school leadership programmes and ensuring that our support helps contribute to a diverse and inclusive sector.

Video: We Need To Talk About Racism in Education

The teaching profession is not as representative as you might think. 46% of schools in the UK have no BAME teachers, watch our video to find out more: