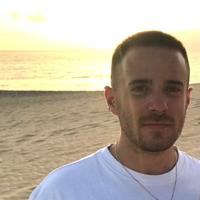 Michael joined our Academic Mentoring Programme to make a difference. For one boy in his class, that meant making maths fun through some creative methods.

Coming from a long career in retail management with no classroom experience, I was extremely apprehensive about how I would transition onto the Academic Mentoring Programme and adapt into a classroom setting. However, with the ongoing training provided from Teach First and the support from my placement school, it’s safe to say that those concerns quickly disappeared. Over the course of my three-month placement, I have been humbled to witness the direct impact the Academic Mentoring Programme is having. There have been numerous moments during my time at the school that I am proud of, however my biggest triumph has been helping a young boy rediscover that maths can be a source of fun.

I have been mentoring a young boy in Year 4 since starting the programme, who had lost his enthusiasm and passion for maths and became quite self-defeatist when tackling the subject. Instead of trying to solve problems systematically, he would continually guess incorrectly until becoming increasingly frustrated, refusing to answer any further questions and ultimately become more withdrawn.

After spending a couple of weeks building up a rapport and finding out what motivates him, I was able to tailor my interventions to his interests; which predominantly revolved around games and competitive challenges. By incorporating these aspects into my interventions through the use of games like TT Rockstars, Prodigy, where his progress can be electronically recorded, and by working through each worksheet as a game as opposed to a mundane task, I started to notice a change in his attitude towards to maths. I had hoped that this would allow him to begin associate these sessions with positive activities and remove the negative connotations he had built up around the subject

Then, to mine and the teacher’s surprise one morning, he came into class and asked, “Are we doing maths today sir?” This “lightbulb” moment alone was everything I had hoped for when applying to the Academic Mentoring Programme. To know that he was actively interested in when his next maths lesson was, made me feel I like had already achieved what I joined this programme to do: make a difference.

What has made this even more rewarding is that every day since, he never fails to ask me “Are we doing maths today sir? … What time are we doing maths today?”. To know that I have helped reignite his passion for learning, especially in a subject he had lost all interest in, has reaffirmed to me that this transition into teaching is exactly what I want to do.