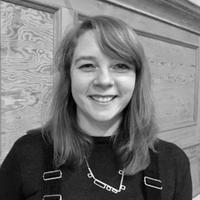 The transformative power of making music

Orchestras for All (OFA) believe that making music can have a profound impact on young people, far beyond learning to play an instrument.

Oli was just 14 when he joined the National Orchestra for All (NOFA) programme. Living with autism, he had recently withdrawn from his school, unable to cope. He stood on the side-lines of orchestra activities, rarely spoke and found entering rehearsal rooms overwhelming.

Three years later, Oli’s now one of NOFA’s young leaders: a role model for younger members, leading his double bass section with confidence and good humour. Through individual pastoral support, the warm encouragement of his peers and celebration of his musical skill, Oli gradually found his stride. He’s even studying at college.

His mum told me that friends and family have noticed a huge difference in Oli. He stands taller and actively tells people about our course and concerts. He’s proud of what he’s achieved.

That’s what our organisation, Orchestras for All (OFA), is about: that music participation can unlock potential in young people far beyond the technical skill of playing an instrument. As a Teach First ambassador, I’m excited to share the journey that OFA has been on over the last 10 years, and how our three programmes have evolved to break down music-making barriers. 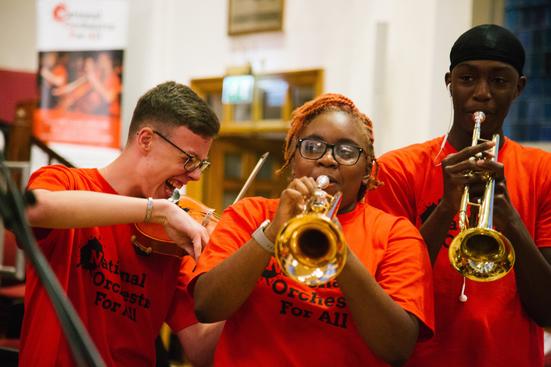 OFA was started in 2011 by Teach First ambassador Marianna Hay. Her vision was to give 11-to-18 year-olds access to making music, and breaking down the barriers that affected many young people. Keen to get involved (and having recently completed my first year on the Teach First Training Programme), I came along to the first NOFA Summer Course in 2011 (which ran alongside the Teach First Summer Institute).

I brought along a crew of fantastic Year 9s from my school in the Black Country. During those four days they met young musicians from all over the country (with much joyful comparison of contrasting accents), rehearsed as a full orchestra supported by a team of professional musicians, and performed to an audience of over 1000 Teach First trainees.

What was unique about this? Not one of these young had performed in an orchestra before. Many were playing instruments you might not expect to see in an orchestra, such as ukuleles and bass guitars. None had auditioned to join – instead, they were nominated by their music teachers for their commitment to music. Lastly, they were experiencing challenges in their lives going far deeper than access to instruments.

We’ve found that a lack of music-making opportunities starts with a huge range of non-musical barriers: from physical and mental health problems, to family-care commitments. For many of our young musicians, permeating across their lives is a lack of confidence and self-efficacy. We want them to believe that making music is as much for them as for anyone else.

Anyone engaged in the mission of making education fairer won’t be surprised to hear of these underlying challenges. They are consistent across the whole education sector.

So why is music in particular so important? OFA’s goal isn’t to find the next generation of conservatoire graduates (although we’re delighted when alumni do take their music further). Instead, we’re motivated by research proving that music-making transcends educational attainment, socio-economic status and disability. It is a tool for expression that everyone has the potential to access.

Particularly as part of an ensemble, music-making improves confidence and self-esteem, offers a safe space for those with challenging home or school lives, develops teamwork and communication skills, and provides access to diverse social networks.

OFA has had the privilege of supporting over 3,000 young people to make music together. We haven’t done this alone. Alongside running NOFA, the only non-auditioned, free-of-charge national youth orchestra in the world, we recognise that classroom music teachers are uniquely positioned to make a big impact on unlocking the potential of music to shape young people’s lives for the better.

We asked our music teacher network how we could support them, and the response was clear: many dedicated and talented music teachers, often working in challenging circumstances, told us that funding and staff cuts and constantly-moving attainment target goalposts were leaving them feeling increasingly isolated and ill-equipped. They found it challenging to bring the life-changing experience of making music to their students. In response, we developed two programmes dedicated to supporting inclusive music-making in schools and communities: Modulo and Conductors for Change. 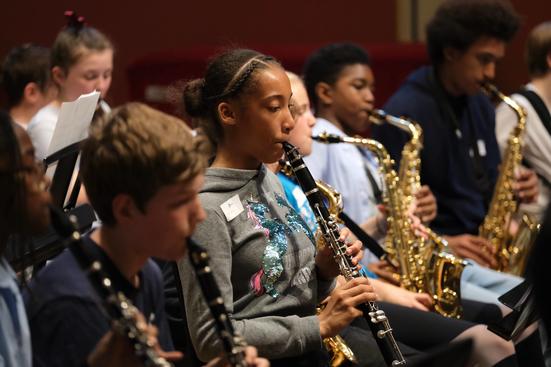 With the aim of kick-starting high-quality ensemble music in schools, Modulo supports teachers across the UK to set up a small open-to-all ensemble in their school (a Modulo), before bringing them together to experience the thrill of performing as huge pop-up orchestras. They are coached by musicians from internationally-renowned ensembles including the City of London Sinfonia and the BBC Philharmonic, and perform in inspiring venues. Alongside a professional support network for teachers, Modulos bring a refreshed musical energy back to their schools, laying the foundations of a school culture that embraces the benefits of ensemble music-making.

Conductors for Change builds teachers’ confidence in leading inclusive ensembles. This is about much more than the traditional image of a conductor (particularly in contexts where musicians are at an early stage in learning their instrument). Our face-to-face and online courses address a range of ensemble challenges: from supporting additional learning needs in rehearsals, to delivering group composition rehearsals. This is all done with the vision that with skilful support, young people can have ownership over and develop a lifelong love of making music.

I’m proud to be a Teach First ambassador: the experience opened my eyes to educational inequality, but it also challenged me to address it practically. Through OFA I have been privileged to contribute to an organisation that tackles music-making and social inequality barriers head-on. It engages and empowers music teachers, and is rooted in a belief in the profound impact that participation in music can have on each and every young person.

If you’re inspired and want to get involved, get in touch – we’d love to hear from you. Just drop us an email at info@orchestrasforall.org.